TechSpot is a leading technology publication established in 1998. We deliver tech news and analysis to an audience of computer power users, tech enthusiasts, IT decision makers and PC gamers who crave for technical depth and who keep up with the latest digital trends. We are home to over 8 million monthly readers.

Our team of editors write some the most comprehensive reviews, features and technical reads you'll find online. TechSpot also hosts a massive product database where users can track prices and shop smarter. We have a highly regarded software recommendation section and our forums where hundreds of active discussions are taking place at all times by our community members.

For over two decades, TechSpot has operated with full editorial independence treating our readers with transparency about what we do and how we test. Learn more about our editorial guidelines and ethics. Julio Franco, Executive Editor
TechSpot Profile | Email | Twitter | LinkedIn
Julio Franco is the Executive Editor and founder of TechSpot. Julio started TechSpot in 1998 out of his interest in computer hardware and 3D graphics. An avid reader of all things tech, he's been part of the online tech enthusiast community for over 20 years, through his editor role on TechSpot where he drives editorial strategy and oversees the staff behind the scenes. Julio holds a Master's degree in Information Systems. Outside of tech, Julio enjoys playing tennis, football and crossfit. He's also been invested in various startups in the last decade. Rob Thubron, Senior Editor
TechSpot Profile | Email | Twitter | LinkedIn
Rob Thubron is a Senior Editor for TechSpot. Rob has loved computers and technology since receiving a ZX Spectrum 48K as a birthday present in the mid-80s, igniting his lifelong passion for all things video game-related. After finishing courses in IT and English, he went on to complete a Business Computing degree. Rob enjoys exploring all areas of tech with a primary focus on PC hardware and gaming. When not sitting at the computer, he enjoys working out, watching horror movies, and listening to heavy metal. Rob's debut novel, Aria, is now available at Amazon. Steven Walton, Features Editor
TechSpot Profile | Email | YouTube | Twitter
Steven Walton is a Features Editor and Reviewer for TechSpot. Steve is also a YouTube personality, well known in the PC hardware scene for his work on the Hardware Unboxed channel. Steve discovered gaming on computers during his late school years which made it clear his future would lay within the industry. Steve is a hands-on technical person, and his interest for the hardware that makes it all work has gained him a reputation as the most serious benchmarker in the business. When Steve is out and about, he enjoys fishing, driving, and playing sports. Shawn Knight, Senior Editor
TechSpot Profile | Email
Shawn Knight is a Senior Editor for TechSpot. Shawn has been covering consumer technology online for nearly two decades. Before joining TechSpot, Shawn operated his own publication and managed a small staff of writers reviewing dozens of tech gadgets over the years. Shawn has been interested in computers and technology since an early age, he soon got into case modding and overclocking in the late 90s. Shawn has a keen interest in writing, photography, and enjoys drag racing, hockey, and MMA. Erik Orejuela, Software & Downloads
TechSpot Profile | Email | Instagram | LinkedIn
Erik Orejuela oversees the TechSpot Downloads section, running point on the latest software updates and coordinating the team that runs security before we distribute software on the site. As a Business major, Erik doesn't go as deep into computer hardware as his fellow editors, but he does love the thrill of a good multiplayer match and the latest in consumer gadgets. Erik is a certified scuba diver, he also enjoys fishing, boarding and everything a beach activity has to offer. Nick Evanson, Contributing Editor
TechSpot Profile | Email | LinkedIn
Nick Evanson is a Contributing Editor for TechSpot. He began his journey in the world of computing in 1981, with a Sinclair ZX81 and a book on ZX Basic, and has never looked back. Nick began writing articles on PC technology, especially graphics cards, when Microsoft released Windows XP. He worked at Futuremark (now UL Benchmarks) writing help files for 3DMark and fronting their gaming and hardware section, called YouGamers. These days, Nick lectures in Mechanical Engineering during the day, and writing about 3D graphics, technology and science by night on TechSpot. Ivan Franco, Software and Product Finder Editor
TechSpot Profile | Email | LinkedIn
Ivan Franco is a Products Editor for TechSpot. Ivan oversees the Product Finder section and is part of the software distribution security team. Early adoption is a tradition in Ivan's family, so his interest in the latest tech trends and gadgets go back to his infancy, whether it's computers, audio systems, graphic design or car tech. Ivan is always being consulted on what to buy by friends and family, something he developed into a trade. Outside of tech, Ivan is a gearhead and black belt jiu jitsu practitioner. David Matthews, Writer and Video Contributor
TechSpot Profile | Email | Twitter | LinkedIn
David Matthews is a Writer and Video Contributor for TechSpot. David has been interested in technology ever since his dad taught him basic DOS commands as a kid. After receiving a bachelor's and master's degree in Computer Science, he entered the IT world and specialized in networking. IT professional by day, by night David is an avid PC and console gamer -- particularly of Action/FPS games -- and enjoys spending time with his wife and daughter (who is somehow better than him at mouse and keyboard). Tim Schiesser, Features Editor
TechSpot Profile | Email | Twitter | Steam | LinkedIn
Tim Schiesser is a Features Editor and Reviewer for TechSpot. Always fascinated by technology, that led Tim to pursue an Electrical Engineering degree and start reviewing tech products, something he's been doing for almost a decade. He started building and tinkering with PCs, but by the time Android hit the scene he was found reviewing them by the dozen. Most recently you can find Tim testing everything about computer displays and other related technologies, both on TechSpot and Hardware Unboxed. 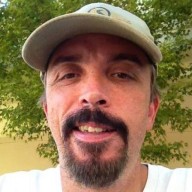 Adonis Figueroa, Developer
TechSpot Profile | Twitter | LinkedIn
Adonis Figueroa is a computer engineer and web developer for TechSpot. Adonis specializes in IT project management, having studied computer science at Escuela Superior Politécnica del Litoral (Espol) and later receiving his Master's degree at Universidad Politecnica de Madrid. Adonis is the lead designer of TechSpot's backend infrastructure with the collaboration of specialized engineers over the past decade. Most recently Adonis has a newfound passion for craft brewery to which he dedicates part of his time. William Gayde, Feature Writer
TechSpot Profile | Email | LinkedIn
William Gayde is a Feature Writer for TechSpot. He's a currently a Computer Engineering graduate student at the University of Illinois, with a focus on hardware design. William is passionate about building and testing the latest generation of technology both from an application and architectural perspective. He's always loved tinkering with things to figure out how they work and how they can be improved. Outside of technology, William enjoys playing percussion. Per Hansson, IT Consultant
TechSpot Profile | Email | LinkedIn
Per Hansson is an IT Consultant and server guru for TechSpot. Per works as a technician for the Swedish company Edströms, performing maintaince & installations of Adige tube laser systems in Europe ("laser beams"). Per has been part of the TechSpot community for over a decade. His interest in computing and security meant the team always relies on him when making changes to TechSpot's server infrastructure and security layer. Isaiah Mayersen, Weekend Reporter
TechSpot Profile | Email | Twitter
Isaiah Mayersen is a Weekend Reporter for TechSpot. After becoming fascinated with his friends' custom-built gaming PCs he eventually constructed one himself, only to discover an extraordinary inadequacy of gaming ability. He's never met anyone who managed to accidentally die as quickly as he did in his first run through of The Witcher 3. Despite this Isaiah has developed a fierce passion for gaming hardware that's shaped his career ever since. In his spare time, he loves to explore the Australian outback by bushwalking, rock climbing, bike riding, camping, fishing, and emu training.